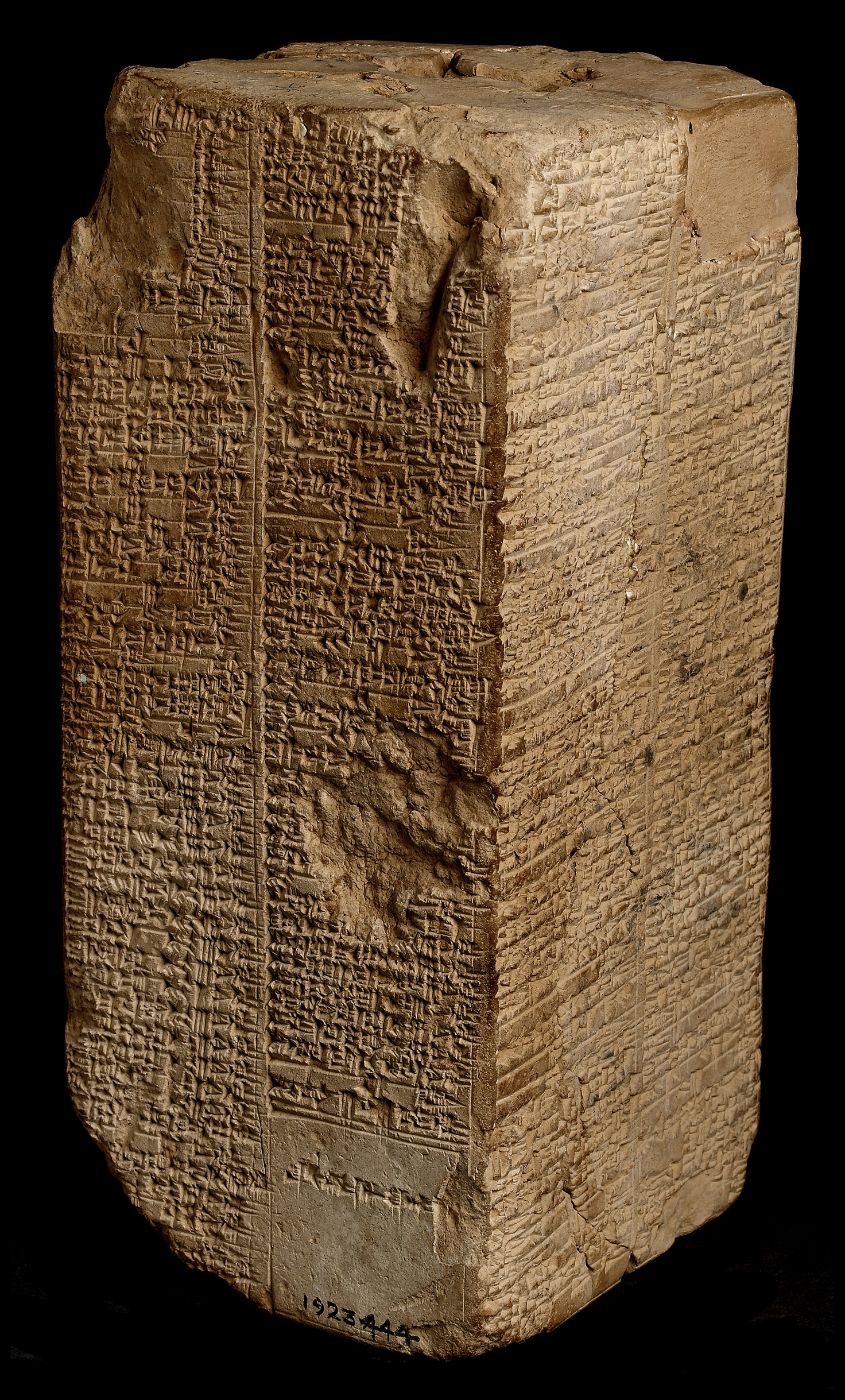 Description: The Sumerian King List is an important chronographic document from ancient Mesopotamia. It lists a long succession of cities in Sumer and its neighbouring regions where kingship was invested, the rulers who reigned in those cities and the length of their reigns. The list starts with the remote mythical past when kingship had descended from heaven. The rulers in the earliest dynasties are represented as reigning fantastically long periods. Some of these rulers such as Etana, Lugal-banda and Gilgamesh are mythical or legendary figures known also from Sumerian and Babylonian literary compositions. As the King List reaches historical rulers whose reigns are attested by their royal inscriptions, the length of each reign becomes more realistic. The King List ends with the reign of a Mesopotamian ruler presumably contemporaneous with the author or redactor of the List.

When first discovered and published in the beginning of the last century, the Sumerian King List was valued highly as a historical document for its potential to check the validity of the biblical chronology in the Book of Genesis and to reconstruct early world and Mesopotamian (political) history. But scholarly research has gradually turned to focus on the historiographical value of the King List at the times when it was composed or redacted. Especially, it is noted that the King List was composed to promulgate a political vision or doctrine that the pattern of kingship or hegemony in Mesopotamia could only be exercised by one city at a given time and for a limited period. Such political doctrine is said to have been used by the early rulers of the Isin dynasty (ca. 1953–1730 B.C.) to legitimise themselves as the rightful rulers of the Ur III dynasty (ca. 2119–2004 B.C.). Both conceptually and stylistically, the Sumerian King List had exerted a wide-spread and enduring impact on a number of Mesopotamian literary compositions and chronographic sources from the Ur III period to the Hellenistic period (ca. 290 B.C.).

Among all the extant exemplars of the Sumerian King List, the Weld-Blundell prism in the Ashmolean Museum cuneiform collection represents the most extensive version as well as the most complete copy of the King List. It lists rulers from the antediluvian dynasties to Suen-magir, the fourteenth ruler of the Isin dynasty (ca. 1763–1753 B.C.). The prism contains four sides with two columns on each side. Perforated, the prism must originally have a wooden spindle going through its centre so that it might be rotated and read on all four sides. (SYC)