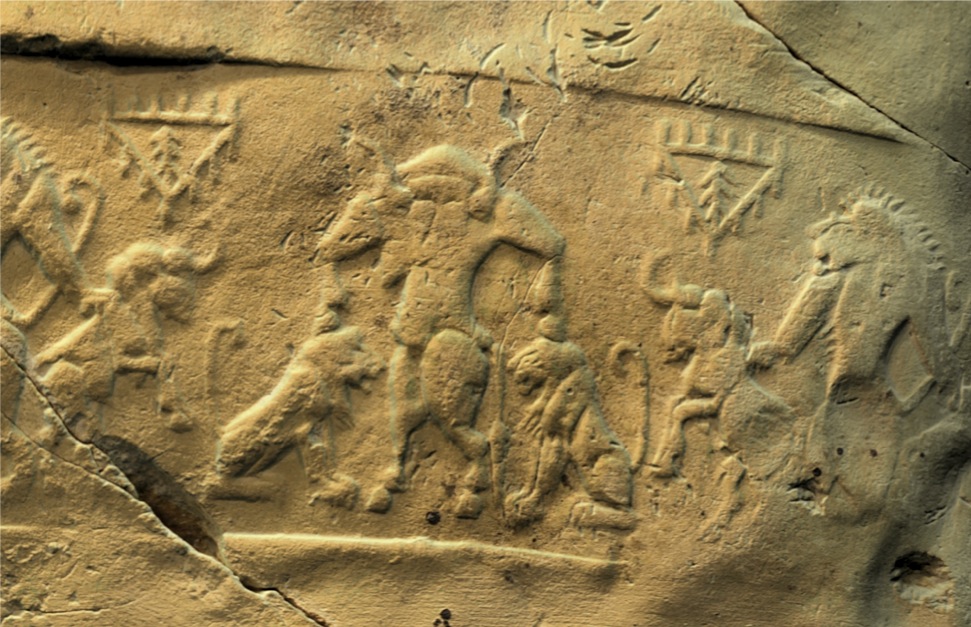 Description: With 119 entries in 21 columns, this large clay tablet is the longest complex administrative account of the archaic period that is mostly preserved. Recovered from early excavations at Susa, it is written in the so-called proto-Elamite script and records a large amount of grain divided unequally between approximately 100 entries, some of which may represent the names or titles of high officials. The seal image of lions and bulls in human poses on the reverse, and including a proto-Elamite sign also in the text, suggests the account belonged to a powerful Susian household. (Kathryn E. Kelley, University of Oxford)