The archives excavated in the houses of Kaneš lower town belong mainly to Assyrian merchants settled there for business purposes during the 19th and 18th centuries BCE. This documentation contains relatively few contracts pertaining to family law, presumably because these were kept in Aššur. However, several wills have been found in Kaneš, suggesting the absence of specific rules of inheritance.

Assyrians drew up wills (šīmtam šiāmum) that could demonstrate their concern for protecting the financial interests of all the women in their families. The widow’s support was provided for, either by a share in the estate or by the children. The consecrated daughter was usually among the first to receive a share. Certain widows deemed it worthwhile to draw up their own wills to distribute their belongings as they wanted.

In his will, Agūa provided in the first instance for his wife, who received his assets and the use of the house she was living in at Aššur, next his daughter, who inherited gold, silver, and a servant. By constituting his wife “father and mother” (abat u ummat) over the money that she received, Agūa granted her full ownership. She could use her money as she wished, on the condition that it remained in the family so that, at her death, the eldest son would inherit it, along with the family home in Aššur (55).

indicate the absence of specific rules of inheritance; the same is true of the Assyrian archives at Kaniš. Drawing up of wills with a view to providing for inheritance by women shows clearly that women enjoyed important socio-economic status, and the numerous letters found at Kaniš sent to and by women serve to reinforce this impression

The archives of Kaneš have yielded several dozens of documents concerning inheritance among which several last wills. Most of these texts date to the 19th century BCE. 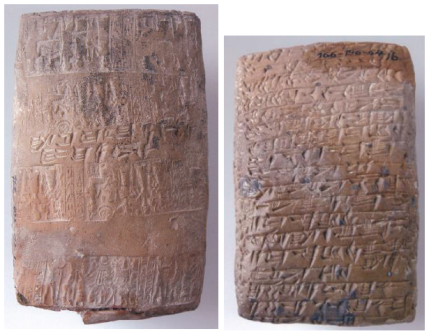