Be it part of the scribes' education, a reference tool at the court of the Assyrian king, or the source for a late commentator, lexical texts are not only among the longest attested texts from Mesopotamia, but also by far the earliest texts of this genre attested anywhere. The knowledge organized in these lists allow for many insights into Mesopotamian society and highlight many aspects of the socio-economic and religious life in the ancient Near East. 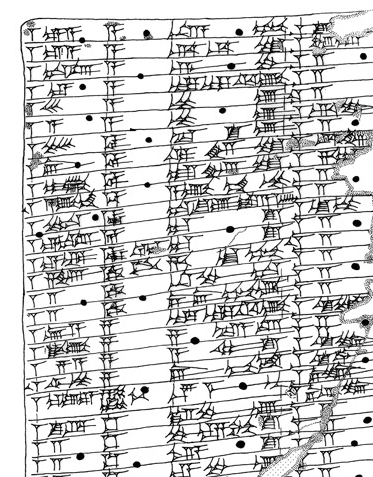 The pages on this text genre offer a brief general overview of the known sources on lexical texts together with a selected bibliography. The articles provide a more detailed insight into various aspects of these texts. In order to highlight the developments in this text genre, the articles are offered diachronically.

It should be noted that lexical texts were of major importance for the scribal education, which at least is testified in the ancient textual record from the early second millennium onwards. Since education comprises more than these lists, the (scribal) curriculum and its various contents are dealt with in Education.