A majority of the extant tablets originate from Susa in southwestern Iran.

Tablets have also been found at the following locations across Iran:

Recently, a large number of proto-Elamite tablets have been found at Tepe Sofalin close to Teheran Tepe Sofalin. Some of these have been made available on the CDLI (11 tablets)

None of the inscribed objects from Choga Mish or Hissar can be verified as proto-Elamite, the tablets from Ghazir and Choga Mish are Uruk IV style or numerical tablets, whereas the Hissar object cannot be classified at present. The majority of the Sialk tablets are also not proto-Elamite strictly speaking, but belong to the period of close contact between Mesopotamia and Iran, presumably corresponding to Uruk V - IV. 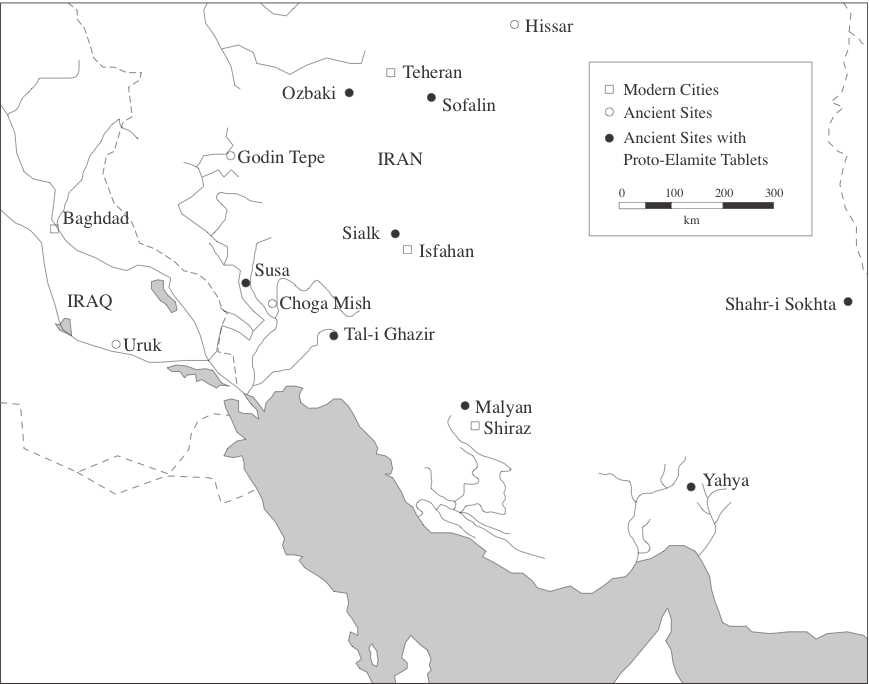